Who's this Ben guy? 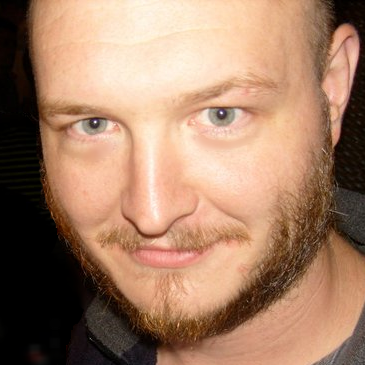 Ben's a technology generalist who is very refined, respectful, and always professional. He goes by bhuga on every website that matters, and thinks that's a good enough idea that he's done it for years. Google that shit.

Ben does programming, operations, and pretty much whatever nerdy needs doing.

Ben does Kung Fu and loves his little neighborhood, which is the quiet end of the French Quarter and the Marigny in New Orleans. He digs the free live music. When he leaves there, it's usually to go to the airport to revisit Germany or Austria, or somewhere else entirely. Ben bikes everywhere he can. Ben does not always watch sports, but when he does, Geaux Saints!

More contact methods than anyone should need are on the right, and you can find him as blavender on Google's very own email system, which is lots better than he one he used to host.

Ben's CV is available if you'd like to read it. It has links to the githubs and MORE DINOSAURS with BFG9000s.

You're welcome to see Ben's code on Github, report bugs, and get dramatic about his choice of stylistic dogma.

You can follow Ben on Twitter, where you can hear him complain about products and services that he will usually purchase anyway.

Ben is on Facebook, and feel free to contact him there if your inquiry involves drinking or cavorting in the French Quarter, the Marigny, or the Bywater.